In this one, we’re going to find out what the BEST Amazon Headlight LEDs are. Nothing sponsored here, we’re an independent lab where we tested over 30 LED kits now from Amazon, so save your money and get the best kit, the first time!

We’ll compare the brightness and beam pattern of a stock halogen in both reflector & projector style headlights, do some road tests, show you the color, and of course talk about the price and give you a few options for your budget.

LED tech in automotive headlights have come a long way in the last few years with a lot of great changes, and this kit is the spitting image of the best with all of the features we need for a great upgrade, let’s go through them.

First up is the Hikari Ultra LED kit. This one goes for around $90, but if that’s too high for you stay with us as I have a few options at around $40, and they’re still very bright. 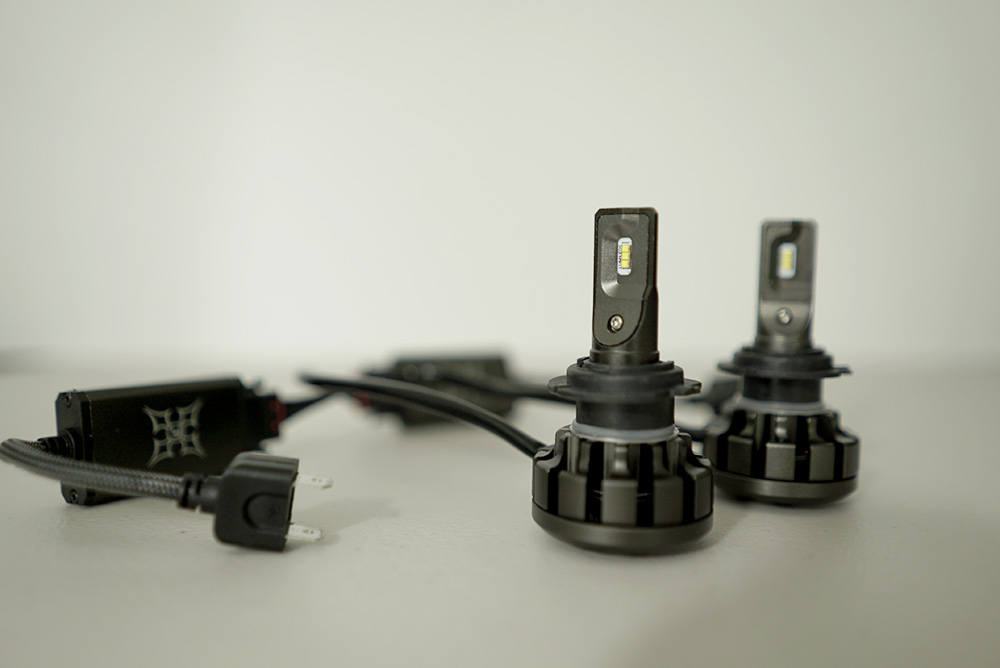 *Hikari loved our review and reached out to us to provide a coupon to use for you guys! Use coupon code BULBFACT for 10% off!

You’ll notice the design is very different than your typical LED kit. Here is the most popular yet very outdated Cougar Motor LED kit from Amazon. You can see the single diode in the middle, whereas this kit here has smaller diodes in a row, to mimic the filament of a halogen. What takes this kit a step further is the special cutout which points towards the main portion of the reflector or projector, concentrating the light even further, and providing a near perfect beam pattern. No oncoming driver glare.

This kit uses Philips Lumileds chips, which are known to be very efficient and very bright. This is the main reason this kit has a bit higher price, but you’re getting extremely bright LEDs, with a perfect focus. You’ll see about 173% more light in a reflector style headlight, which is almost 3 times more focused light on the road. In a projector, you’re looking at more than tripling your light output, which is pretty crazy for an LED kit. 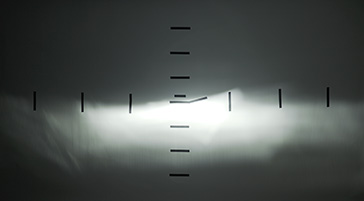 The beam unlike many other LED kits like I said is near exact that of a Halogen, which is what you want. The Cougar Motor single LED design does very poorly with a lot of scattered light, and almost no hotspot. Same goes for a projector. When you install a good LED kit like this into a projector, you’ll lose out on some ambient lighting, but nothing to be too concerned about.

Moving over from halogen, you’re going to have a much whiter color coming out of your headlights. Some upgraded halogen bulbs will get you little whiter color, such as 3700k, or upwards of 4700k for the xenon look ones, but those come with a big sacrifice in brightness due to a blue coating on the bulb which dims the bulb. This kit had a color temperature of 6450k, which has a slight blue tint, although not too bad, but just keep that in mind when installing them. You won’t find too many LED kits under 6000k due to the chip designs they use. 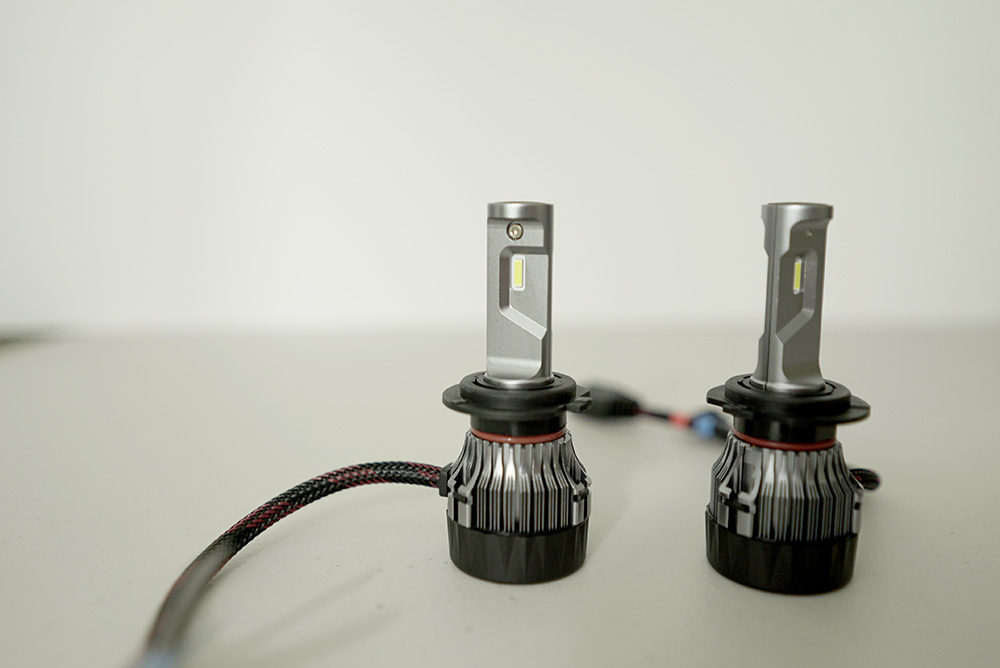 The Techmax LED kit is a very similar design to the Hikari Ultra which is still very bright, but at less than half the cost. It's our budget pick.

The Techmax uses CREE LED chips as many other kits do, but this kit was the brightest of them all, and the best bang for your buck at $45. You’ll notice a very similar design like the Hikari, shooting light in just the right place for a great beam, although the Hikari has the best beam with of course the highest lux rating.

With the Techmax, you’ll get about 155% more light in a reflector, about 2 and a half times the brightness vs. Halogen, only about 20% less than Hikari at 173%. If you have projector headlights, check out the Katana kit which is over 3 times the brightness of a halogen bulb, and only fell about 25% behind Hikari, again at half the cost, pretty amazing.

The light beam from a reflector was very good with minimal light above the cut-off in our test reflector. We rated these at a 4.5 star for the beam pattern score, vs a perfect 5.0 for the Hikari. Just be sure to check your aim after installing to make sure the hotspot is the same. A great way to do this is to just take some masking tape, and place it at the top of your beam, change the headlights out, double check, and re-aim if necessary, it shouldn’t be much if at all.

The color temperature on these is about on par with most LED kits, however the Techmax had little whiter color in at 6150k vs. 6450k for the Hikari. You’ll see very little blue tint on these ones, but closer to a nice white color. This comes down to preference of course though.

The funny thing about the kelvin ratings, is that Hikari claimed to be 6000k, but wound up testing at 6450k, and Techmax claimed 6500k, but wound up being 6150k, pretty ironic. You really can’t trust the claimed ratings, just like the high lumens numbers on a lot of LED kits, but nobody usually notices.

Both of these kits stay nice and cool because of the running fan, so you don’t have to worry there, even in an enclosed style headlight. The heat sink on the Hikari Ultra got up to about 100F, and the Techmax about 88F. A Halogen bulb for reference will produce about 160F typically. You’ll get a little noise.. but nothing too crazy. 71db for the Hikari right at the fan, and 68db for the Katana, so it’s a bit quieter if that’s a concern.

All in all guys, the Techmax is really the best kit for your money, extremely bright, great design, good beam, but if you want the best, go for the Hikari Ultra. It’s just crazy bright. Make sure to use the link below in order to get the right version were talking about here.

Thanks everybody for reading, until next time!