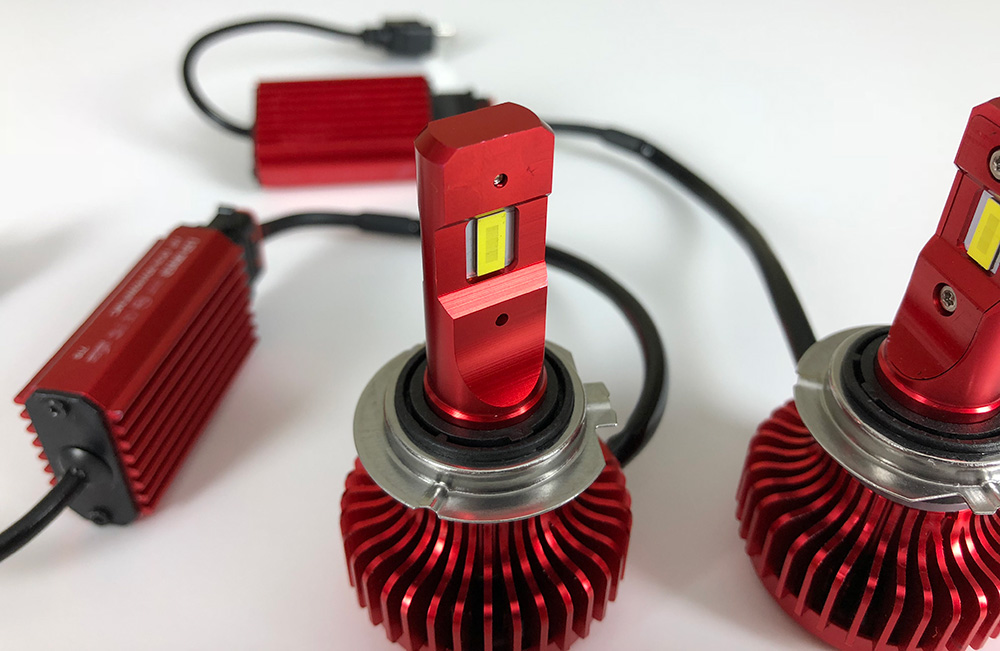 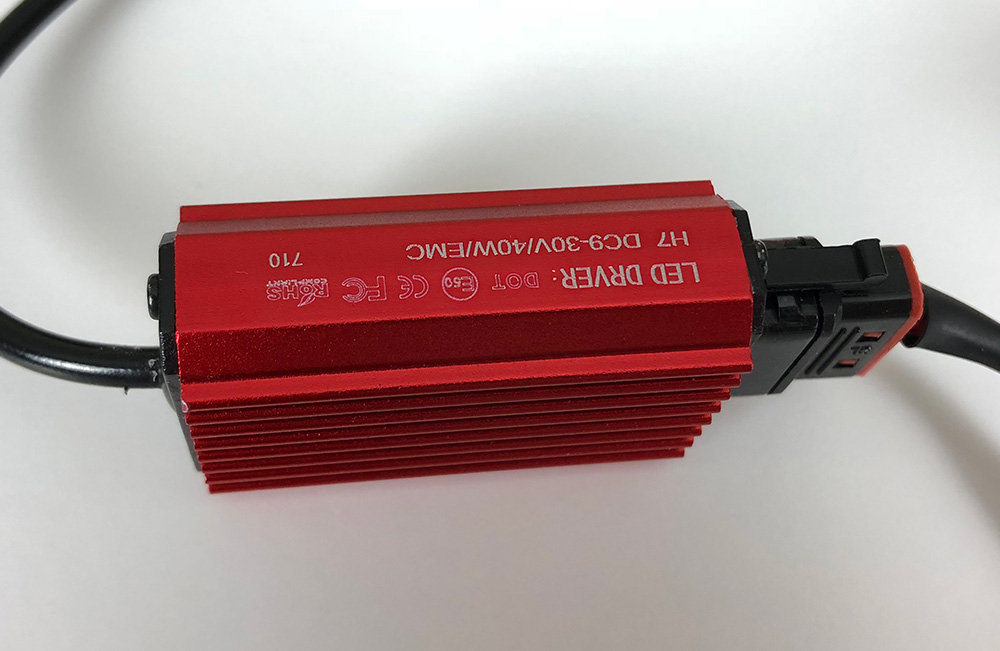 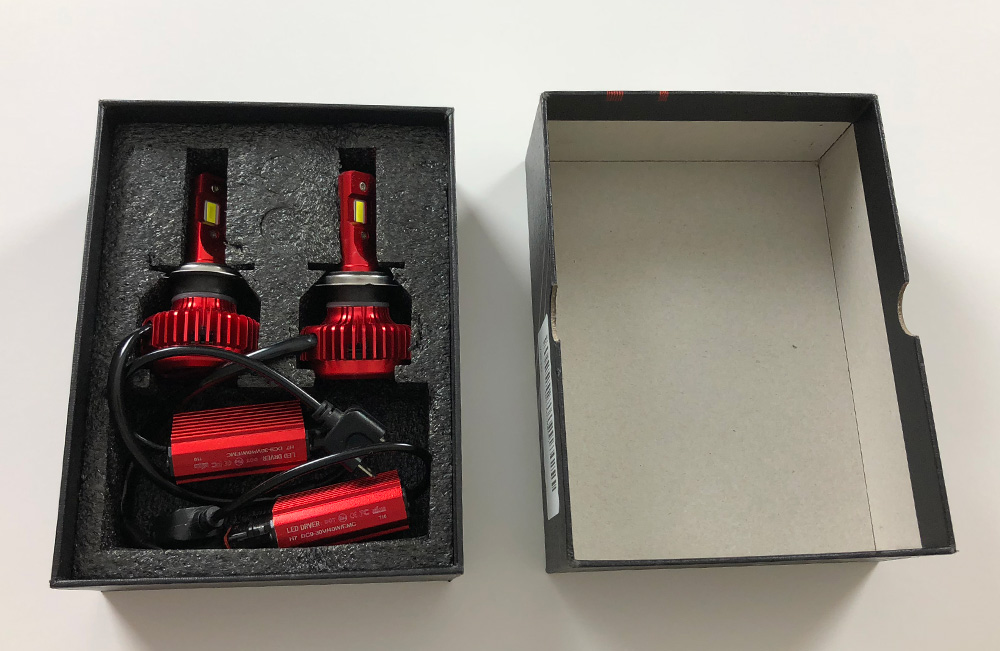 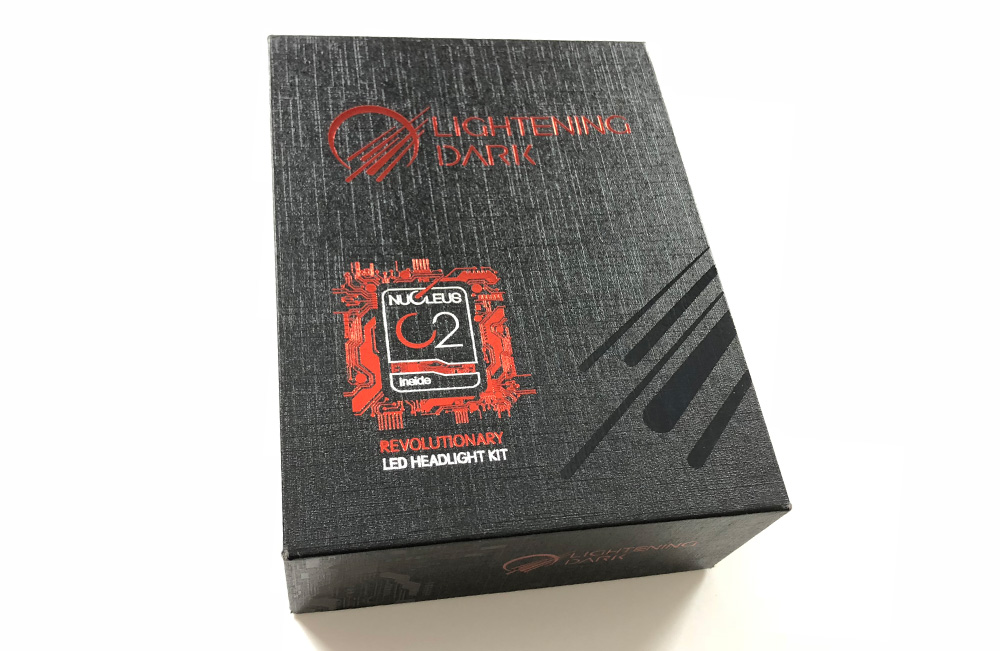 October 15th, 2018 update - We have tested their new CREE Version 2.0. They did well, are driverless, but there are other kits that beat them in brightness. They have a perfect beam though. Check them out on the LED Charts!

August 28th, 2018 update - The manufacturer just reached out with the new revised version. We just ordered the kit and will be testing and posting here ASAP! Here is their new kit:  Lightening Dark CREE Version (2.0)

When we first started searching on Amazon for the highest rated and most popular kits, this was in fact not in our initial 10 kits purchased. Ironically this was #11 added in order of ‘popularity’, as a just in case, and it happened to be that one of the first 10 kits we ordered is no longer sold by the time we got done with our testing! We are glad it happened as so far, this kit blew everything else out of the water!

The Lightening Dark kit has a special LED pattern that mimics a halogen bulb, so it is a great solution to install into a reflector housing meant for halogens, but now you can reap the benefit of a super bright LED without having to buy a new car, or new headlights entirely.

If you notice, most kits on Amazon have a suspiciously similar LED amongst them all, with performance not far off from each other. The LED also sits in the center, and is protruding from the holder. This causes a good bright spot, but it is not the spot the reflector is looking for. Now comparing the Lightening Dark kit, the LEDs are in a row, and recessed into the holder, mimicking again a halogen bulb. Because of the higher intensity, there is a bit of scatter, but it is nothing compared to the ‘standard’ LED kits I mentioned. If your upgrading your reflectors, be sure the kit your looking at has this design trait. 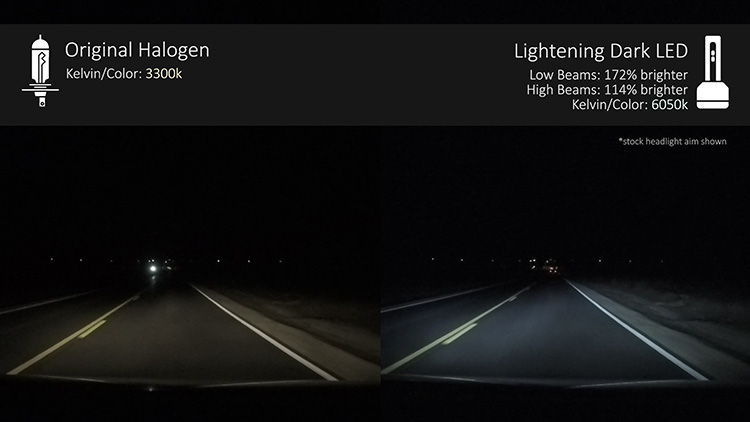 Now to the good stuff, the Lightening Dark LED kit came out at #1 in all the ’10 top’ kits we found on Amazon. The peak brightness lux value was an astonishing 172% or 2.7 times brighter than stock in the low beam reflector. Nothing came close as of our testing in March of 2018 (we do plan to test more kits in the future, stay tuned). The next highest value (2nd place) were the Beamtechs at 49% or 1.5x brighter and it only goes down from there. 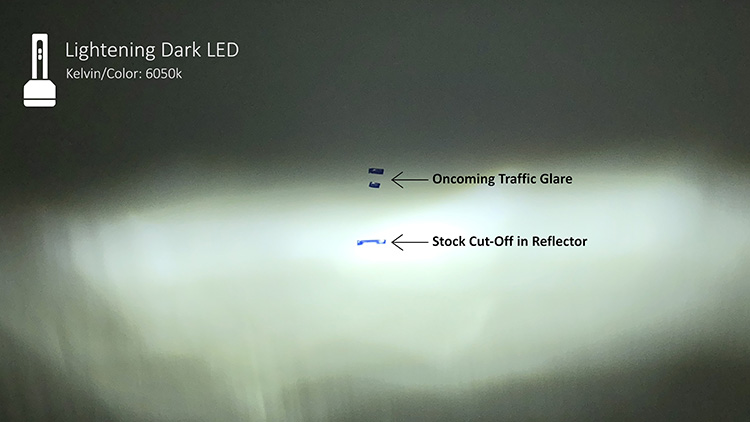 Because most people will be installing these into reflector headlights in their low-beams, we want to show you what the beam pattern looks like. What’s an extremely bright kit without the correct beam, right? We ranked these 4 stars (if halogens are 5 stars) with very good beam cut-off. They ranked 2nd in this category, and we think because of the high intensity of light, there must be some sacrifice of beam pattern. The Beamtechs were #1 in this category, and while they were a great kit in regard to brightness, they were able to achieve a good beam pattern from a more modest brightness score. Just make sure to re-aim your headlights to match your original beam pattern as they may show up a few inches higher. Nobody wants to be blinded on the road. If we compare the rest of the kits tested in this group, most other kits were pretty bad, and we don’t recommend them in your low beam reflectors.

Check out this kit featured in:

If installed into high beams, we found them to be 114% (or just over 2x) brighter in the hot-spot. Not quite as great as the low beams, but still a significant improvement especially when you consider most of the other kits tested actually less bright or dimmer in the high beams. We had to make a small rotation adjustment to get this value, so just make sure the hot spot is nice and bright and not scattered too much.

All in all, this kit at the current price of about $52 is an incredible value and compares to high end name brand kits, even beating them out in some cases. We highly recommend picking these up if you’re looking for an amazing valued kit to run in your stock reflector headlights! Just be sure to pick up the Philips TX1860 version and not the Cree version.